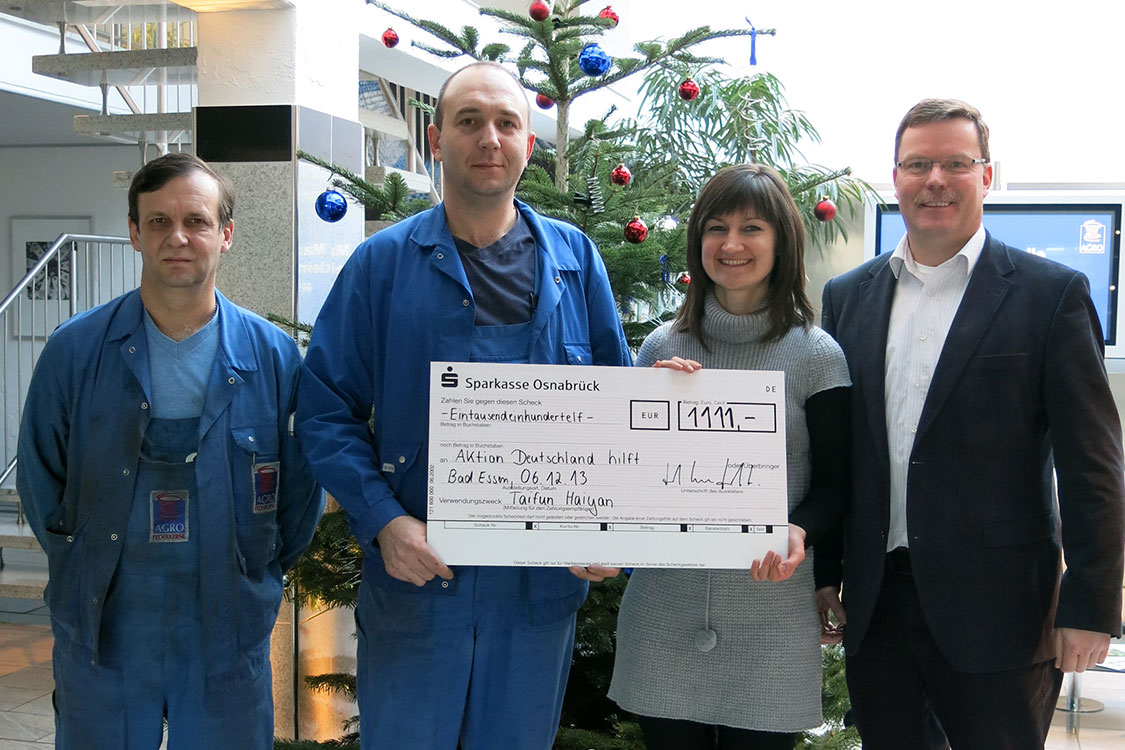 Donation campaign for the Philippines

The strength of typhoon Haiyan hit the Philipine islands and led to homelessness of millions of people.

On the initiative of Swetlana Schro (Management Assistant and Training Coordinator at AGRO) members of staff started a donation campaign for the victims of typhoon Haiyan. Posters were hang up throughout the company and in the week starting on the 18th of November 2013 donations were collected. Participating at the donation campaign was by choice.

That is why it is all the more gratifying that the employees of the AGRO Holding, the AGRO International, the AGRO Steel Wire and the AGRO Tooling Systems donated 505,25 Euro for the victims of typhoon Haiyan.

The managing directors of the AGRO group approved the willingness to donate money of their employees by supporting the donation campaign as well. That is how a total of 1111 Euros in donations has been transferred to Germany’s Relief Coalition “Aktion Deutschland hilft”.